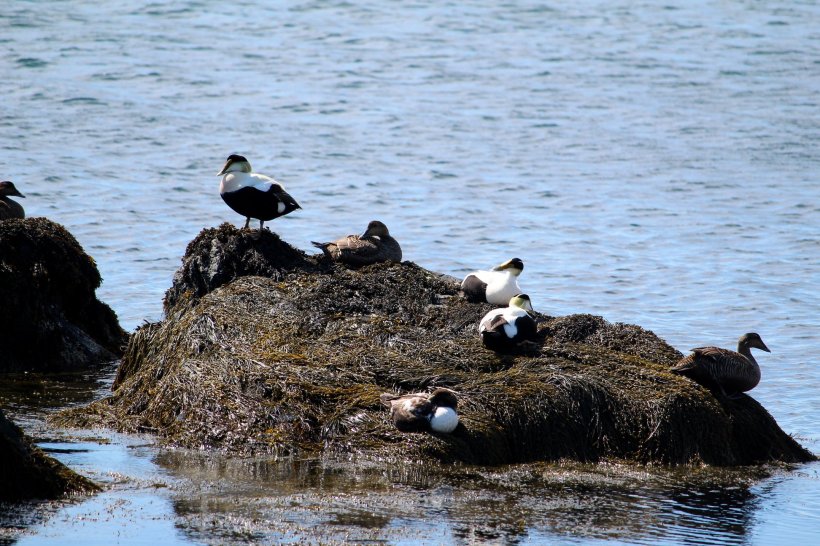 While sitting on the front deck, chances are pretty good that you’ll notice a few unusually marked ducks bobbing around the big rocks. These are eider ducks. The males are especially showy with black and white plumage and a green nape. The females are less flashy with brown feathers.

Eider ducks are renowned for their down. As a protected species, only naturally shed down from brooding females is harvested. When nesting, egg-sitting females molt the ultra-fluffy sub-layer of down from their soft underbellies so the heat of their bodies can be transferred directly to their incubating eggs. Once the hatchlings have left the nest, the down is collected and cleaned.

In Norway, eider down harvesting is a living cultural tradition that has continued for centuries. Over 60 nests will be harvested to gather enough down for just one duvet, whose down content will average a little over two pounds. The annual yield of eider down worldwide is a precious 5000-pounds — by contrast, tens of thousands of tons of goose down is produced each year.